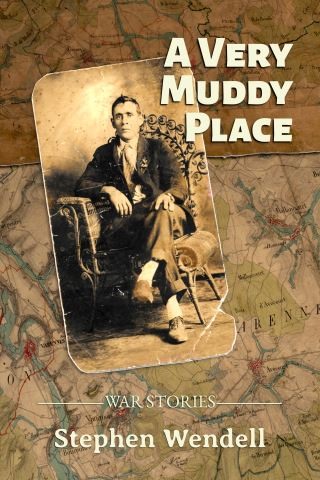 An intimate account of a soldier’s experience in World War I, A Very Muddy Place takes us on a journey from a young man’s rural American hometown onto one of the great battlefields of France. We follow Private B. F. Potts with the 137th US Infantry Regiment through the first days of the Meuse-Argonne Offensive. We discover a personal story—touching, emotional, unforgettable.

“A vivid and deft mingling of anecdotes, history, and dramatic fiction—captivating and historically important.”
—Douglas Preston, #1 New York Times bestselling author of The Lost City of the Monkey God: A True Story

In 1918, twenty-three-year-old Bennie Potts was drafted into the US Army to fight in the World War. He served with the American Expeditionary Force in France. At home after the war, he married and raised a family, and the war for his children and grandchildren became the anecdotes he told them.

A century later, a great grandson brings together his ancestor’s war stories and the historical record to follow Private Benjamin Franklin Potts from Tennessee to the Great War in France and back home again.

Stephen Wendell: Stephen Wendell is the author of the Littlelot series of children’s books, including a title in French: PETIT LOT ET LE GRAND COR DE LA LICORNE. In 2018, he followed his great grandfather from Tennessee to the Great War in France a hundred years before. Stephen recounts his ancestor’s war stories in A VERY MUDDY PLACE.